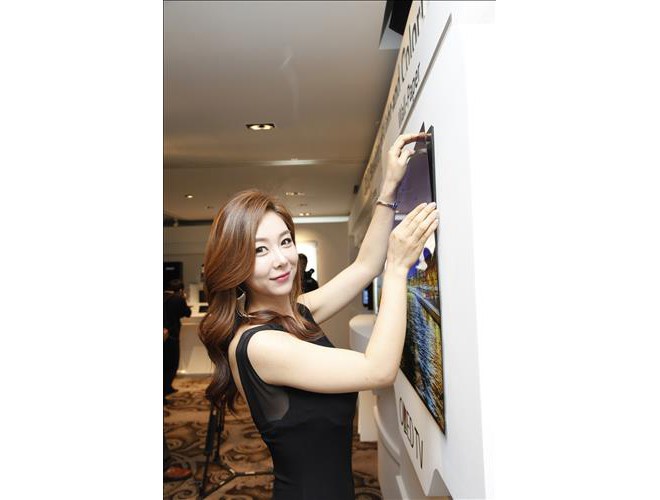 What's the difference? Definitions and Comparisons

By Robert Wiley (with Phil Conner)

OLED (organic light emitting diode) technology consists of an organic compound that when put to a charge creates light. Each pixel in an OLED TV is lit separately. This is the reason these TVs can produce such outstanding color and black levels. Recently, people have begun calling them AMOLED TVs as well to help distinguish that they are both OLED and AMOLED.

AMOLED
(active matrix light emitting diode) technology consists of the exactly the same color creation stratagem as OLED. Active matrix OLED refers to the type of TFT (thin film transmitter) that charges the individual pixels. These TFT matrix panels have the ability to both store power (through a storage capacitor) and charge the pixel  a dual function rather than the single function of a passive OLED TV panel TFT which is only to charge the pixels.

Power consumption: Energy usage the primary responsibility of the active matrix OLED TFT. These screens are extremely effective in battery operated devices such as smart phones due to their energy saving characteristics.

TFT backplane technology is critical for producing AMOLED displays due to through the dual TFT source materials polycrystalline silicon and amorphous silicon. These silicon substrates allow for flexibity in the screen which is not that important in OLED TVs.

So, in sum for AMOLED think supply voltage and store power. For OLED consider only that the TFT is responsible for supplying power to the organic light emitting diodes.

Now LED TV is another matter altogether. An LED TV is a light
emitting diode backlit LCD (liquid crystal display). Light emitting
diode lighting is a revolutionary light that allows for more powerful
backlighting in these TVs to allow for a brighter and better contrast in the picture image. These TVs really do not have a close comparison to OLED TVs because the light is created not within each pixel cell but instead by the LED edge or backlit panel. The individual pixel cells in an LED TV are just glass crystal, which twist at high refresh rates to produce the color light flow through to produce the picture image.

SEOULSamsung Electronics Co. and Sony Corp.
said Monday they would end their joint production of liquid-crystal
displays for televisions, a venture that brought the two industry giants together seven years ago.

The companies since 2004 jointly invested about $3.3 billion in two production lines for LCDs at a Samsung complex in central South Korea. But the asset value of the overall venture fell below $2 billion as the market for LCD panels became saturated.

The breakup of the venture, in which two of consumer electronics' biggest rivals united to share the high capital costs of new factories, is a vivid indicator of the rapid decline in fortune of LCDs.

The business generated huge profits in the mid-2000s. But manufacturers overbuilt, and demandeven with the onset of new gadgets like tablet computershasn't kept up with their ability to churn out LCD screens. Samsung's display-panel business reported an operating loss in each of the first three quarters of the year, for instance.

Samsung will pay about $940 million for Sony's share in the 50-50 venture, called S-LCD Co., the companies said. Samsung will fold the operation into its LCD business, which is the world's second-largest by revenue after LG Display Co."